Looking to do something unique for your Wedding Ceremony? Check out some our ideas!

Write your own Wedding Ceremony Vows!

Not as clever as some of our other ideas, but writing your own vows and including some cheeky fun twists in them are sure to get your guests laughing and lighten up those joyful tears. This is your day and your moment. What is more unique then writing your own vows to share with everyone.

Play Non-traditional music down the isle.

I get asked all the time what is the perfect song for wedding ceremony recessional, processional, prelude etc…. My next question usually is do you want traditional or something fun and unique? Most couples now a days are looking for something that relates to them and is a symbol that reflects them both. Nothing is off limits anymore. I recommend playing something that represents you or a theme. If you are looking to set that party tone for the night then rock out with a bang with your bridal party on the way out of the ceremony.

Personal notes on your isle runner.

Hire a calligrapher or have a friend with good penmanship write on your isle runner something personal or perhaps your favorite poem. If you have the budget you also can have custom runner made at: Original Runners 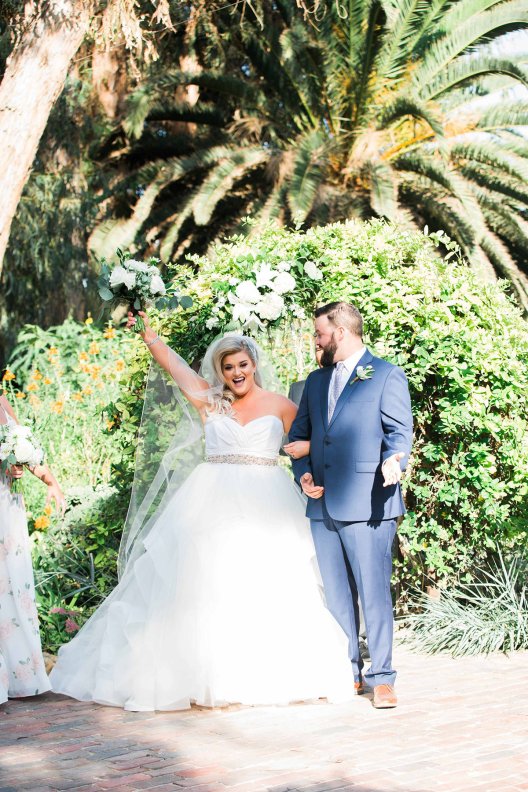 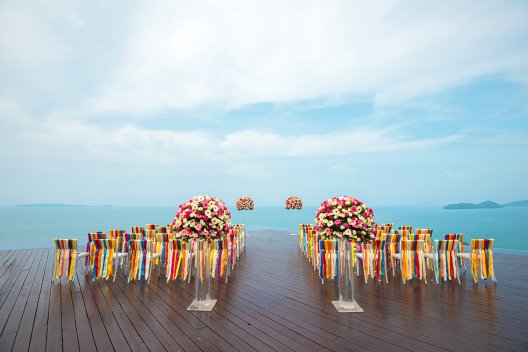 Change up the seating or make it organic.

Instead of the traditional squared off row seating why not make it rounded or circular so you are surrounded by your guests? It gets your guest closer to the action with a more intimate feeling. If you really want to raise some eyebrows why not have eclectic seating with chairs, love seats, and random styles of other seating?

We also have had organic ceremonies where there were no chairs at all. Party starts off like a cocktail hour with bride and groom mingling and then all of a sudden a officiant appears and the ceremony just organically begins with your friends and family all around you. Very causal and if your nervous just remember you’re having a casual conversation at a party amongst friends.

You can keep it simple and do what every last couple did, but your reading this because you want a unique wedding ceremony! Let’s focus on the decor. You can make it as simple as you want or as interesting as you like. Use color, props, pictures, lighting, etc… Depending on the theme or time of day, inside or out you can construct a backdrop any way you like. Depending on you budget you can transform any space to look amazing and most of all reflect the both of you. 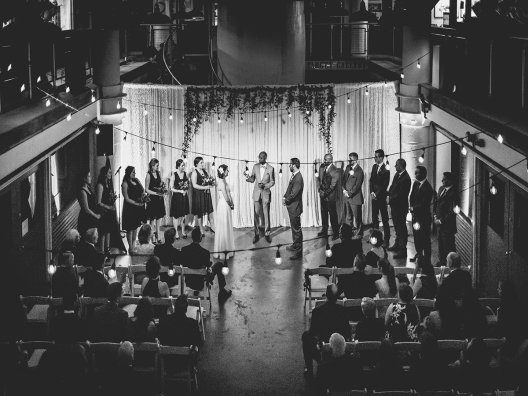 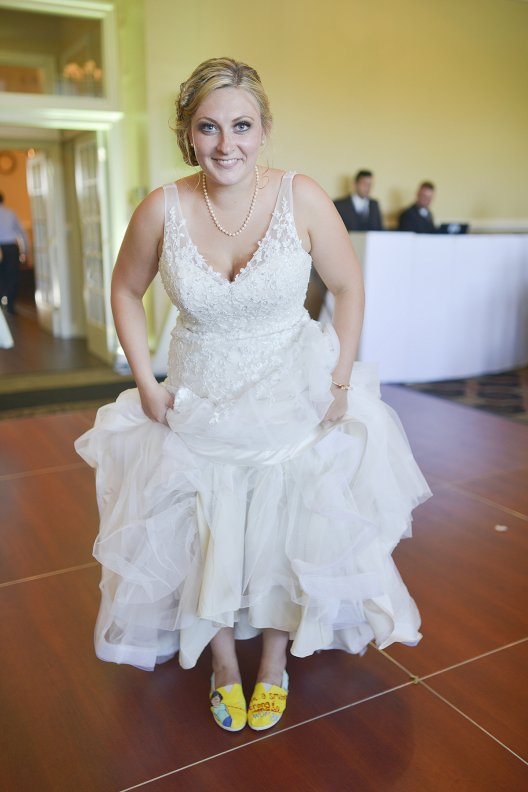 Have fun with shoes that personify your style.

Wear shoes that fit your style. There is no rules unless you make them. You can also personalize your shoes by having your bridal party or family members sign your shoes. Put a charm on them in memory of someone or simply just rock the shoes that make you want to dance for the rest of the night.

Your guests won’t be expecting cocktails until after the ceremony. So what a great surprise when they arrive they can begin with a drink in their hand. Keep the drinks light and not to strong. Make sure you have some non-alcoholic drinks as well. Have your caterer make sure they pick up any stray glasses before ceremony time.

Instead of showing off pictures during the reception you can play a slide show as guests arrive to your ceremony. You can use pictures of yourselves during your journey together to the big day or why not have your guests submit there wedding pictures to be displayed before your wedding?

Your officiant before blending describes the properties of each of the beers and how it relates to the couple before blending or if you’re skilled a black and tan. You also can personalize your favorite brew as well for you and your guests attending the wedding with special labels to celebrate the occasion.

You may have heard of a sand ceremony, unity candle, or creating a time capsule that you open later in marriage as a wedding ritual. There is many other rituals as well:

Circle the bride or groom: In Jewish tradition, the bride circles the groom seven times to break down any barriers between them. Today, rather than the bride circling around her groom, the couple often encircle around one another.

Lasso Ceremony: In traditional Mexican, Filipino, and Spanish culture, couples can celebrate unity through a lasso ceremony, or el lazo ceremony. After the couple recites their vows, an officiant, parent, or relative drapes two linked rosaries or one floral rope across the bride and groom’s shoulders in the form of a figure eight, which represents the couple’s unity.

Hand-fasting: Participate in the ancient Celtic practice of “hand fasting,” or tying hands together. The bride and groom hold opposite hands (so their arms make a figure eight—representing eternity). Then, their hands are tied together with ribbon to symbolize a union. You could even use heirloom fabric to make it even more meaningful.

Jump a Broom: The “jumping the broom” ritual originated in the early 19th century, when enslaved African Americans weren’t allowed to formally marry. Instead, to unite, the tradition was to lay a broom on the ground and jump over it together. Today, the act represents a “brushing away” of the past in order to start clean.

Foot Washing ceremony: Best performed outdoors. The act symbolizes the release of any past emotional blocks, so both parties can enter the marriage with open hearts.

Plant a tree or pot a plant: Just as it says. As you grow in you relationship the tree or plant grows as well.

Paddle locks: Lock two paddle locks together and throw the keys as far away or tie the keys to a ballon and watch it drift a way to lock you love together.

Sketch Artist:  Have a Sketch artist sketch the moment so you will have the moment forever. 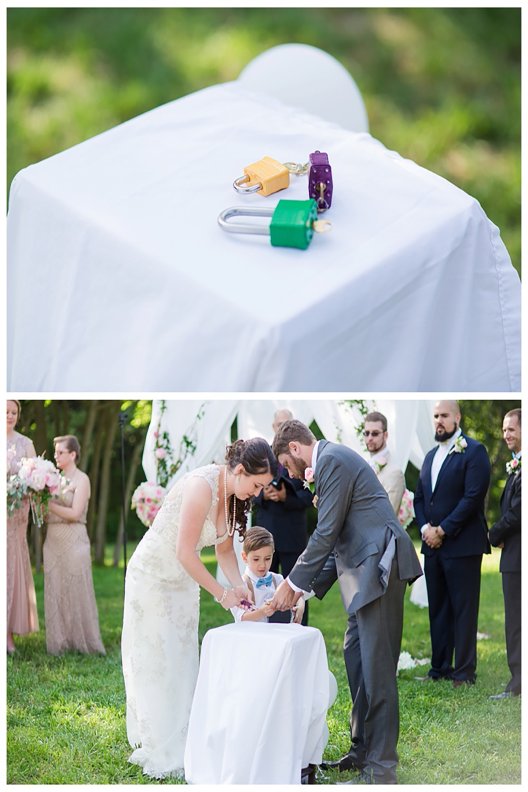 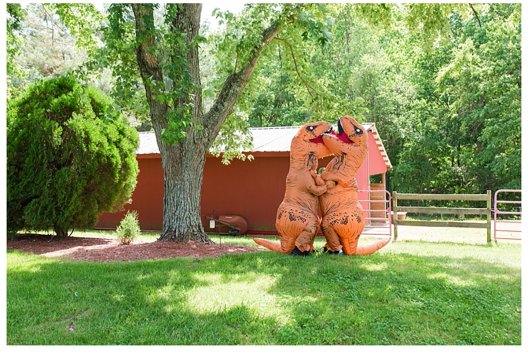 Our personal favorite the wedding first look. You can do the traditional first look where the other partner comes up behind the other and then they turn and see each other for the first time. Makes for great wedding photos and we highly recommend capturing it on video as the looks are priceless. If you want to spice things up you can have some fun with your first look just as Tessa and Cody did although they didn’t know each other was dressing up in the same outfit so from the very beginning you knew it was meant to be!

Need Entertainment Services? Contact us via email, use the short form on the bottom of this page or call us 805-200-4044.