Here is our Best Party Songs of 2020 that we would of played at Weddings and Events. 2020 was a tough year for weddings and events due to the pandemic. Can’t wait to get back to entertaining for or great wedding couples and event guests. You can see our 2019, 2018, and 2017 best of as well.

If you are on the search for other song lists checkout First Dance, Father Daughter, and Cake Cutting. We also have lots of other tips and advice in your Blog as well as recaps of real weddings and events that we have performed at.

Here are the song in no particular order.

Looking for Wedding or Event Entertainment? Contact us via email, use the short form on the bottom of this page. 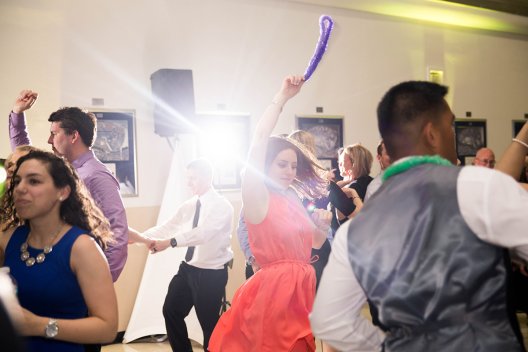 The Weeknd “Blinding Lights”: “Blinding Lights” peaked at number one in thirty-four countries, including the United States and Canada, where it became the Weeknd’s fifth number one single on the Billboard Hot 100 and the Canadian Hot 100 for four and seven weeks, respectively. It also became his first number one single in Germany for ten weeks, the United Kingdom for eight weeks, and Australia for eleven weeks, thus making it his most successful single worldwide to date.  Source: Wikipedia (2020)

Lady Gaga & Ariana Grande: “Rain On Me”:  The song debuted at the top of the US Billboard Hot 100, it became Gaga’s fifth and Grande’s fourth US number-one single in the country. It marked the first female collaboration to debut atop the chart, and made Grande the first artist to have four songs debut at the top spot. On Spotify, “Rain on Me” was the seventh most streamed song of summer 2020 and the most streamed song by a female artist globally during the season. Additionally, “Rain on Me” topped the charts in 13 other countries, and also charted within the top ten in more than 50 territories. Source: Wikipedia (2020)

Cardi B Feat. Megan Thee Stallion “WAP”: “WAP” received widespread critical acclaim for its sex-positive message, while some conservative commentators criticized its explicit nature. It debuted at number one on the Billboard Hot 100, giving Cardi B her fourth number-one single in the U.S., extending her record as the female rapper with the most number-one singles in Hot 100 history. It was Megan’s second Hot 100 chart-topper. The song broke the record for the largest opening streaming week for a song in United States history and debuted atop the Billboard Digital Song Sales, Streaming Songs, Hot Rap Songs, and Hot R&B/Hip-Hop songs charts. Cardi B became the only female rapper to achieve Hot 100 number-one singles in two different decades (2010s and 2020s). The single spent a total of four weeks atop the chart, while also spending multiple weeks at number one in Australia, Canada, Greece, Ireland, Lithuania, New Zealand, and the United Kingdom. “WAP” became the first number one single on the inaugural Billboard Global 200, topping the chart for three weeks. “WAP” was the most-acclaimed song of 2020, with publications such as Pitchfork, Rolling Stone, and NPR naming it the best song of the year. Source Wikipedia (2020)

Dua Lipa Feat. DaBaby “Levitating”: Released August 13th, 2020. The song is an electro-disco and nu-disco song with several disco tropes. It incorporates elements of dance-pop, pop-funk, power pop and space rock, as well as 1970s, 1980s and 1990s pop and R&B styles. The lyrics describe the idea of “levitating” when falling in love, with several outer space references. “Levitating” reached number 5 on the UK Singles Chart and number 2 on the US Billboard Hot 100, becoming Lipa’s seventh top 5 single in the UK and second in the US. It also reached number 3 on the Billboard Global 200 chart. The song was awarded a Platinum certification in the United Kingdom by the British Phonographic Industry (BPI). Source: Wikipedia (2020)

Lady Gaga “Stupid Love”: It was officially released on February 28, 2020, as the lead single from Gaga’s sixth studio album, Chromatica (2020), after it was leaked in January 2020. It was written by Gaga, BloodPop, Tchami, Max Martin, and Ely Rise, with BloodPop explaining that it was the song that started his work on Chromatica with the singer. It is a disco-infused dance-pop, electropop and house song that talks about gathering the courage to fall in love again after a heartbreak. Source: Wikipedia (2020)

Dua Lipa “Don’t Start Now”: A nu-disco song, it features a funk bassline, inspired by music by the Bee Gees, Daft Punk and Two Door Cinema Club. Elements used in the production include handclaps, a crowd noise, cowbells, synth bursts and accented strings. Lyrically, Lipa celebrates her independence and instructs a former lover to forget about their past relationship. “Don’t Start Now” is considered to be the beginning of a revival for disco music in 2020 as downtempo, urban-styled music previously dominated mainstream music. Source: Wikipedia (2020)

Black Eyed Peas feat. J Balvin “RITMO”: The song features a prominent sample of the 1993 song “The Rhythm of the Night” by the Italian band Corona. The song also samples from the DJ Snake remix of You Know You Like It by AlunaGeorge. Jennifer Lopez was supposed to appear on remix version, but Jaden Smith appeared on the remix instead. The song debuted at number 100 on the US Billboard Hot 100 and peaked at number 26, staying on the chart for 25 weeks so far, becoming the Black Eyed Peas’ 17th Hot 100 entry and their first since “Don’t Stop the Party” peaked at number 86 in 2011, as well as their first top 40 entry since “Just Can’t Get Enough” peaked at number 3 in 2011. The song spent 24 weeks at number-one on the Hot Latin Songs chart. Source: Wikipedia (2020)

Harry Styles, “Adore You”: “Adore You” has been described as a midtempopop, funk, disco, psychedelic pop, and pop rockballad, incorporating layered guitars, synths, brass and percussions in its production. A love song, its lyrics find Styles talking about the initial stages of a relationship. Great for Cocktails at your wedding or event. Source: Wikipedia (2020)

DaBaby feat. Roddy Ricch “Rockstar”: The song was released on April 17, 2020 as the second single from DaBaby’s third studio album Blame It on Baby (2020). “Rockstar” spent seven non-consecutive weeks at number one on the US Billboard Hot 100. The song also topped the charts in Australia, Canada, Denmark, Greece, Ireland, New Zealand, Portugal, Switzerland and the United Kingdom. Source: Wikipedia (2020)

David Guetta & Sia “Let’s Love”: Guetta revealed he was in Miami during the COVID-19 pandemic when he texted Sia and asked if she wanted to “save the world with a happy record and go against the trend”. He originally sent Sia piano chords, on which Sia recorded vocals and sent him back a ballad. Guetta wanted the track to feel “happier”, and turned it into an ’80s synth-pop track. Guetta told Forbes that Pat Benatar, liked by both Sia and himself, was a big influence for “Let’s Love”. Source: Wikipedia (2020)

Harry Styles: “Watermelon Sugar”: The song was inspired by the American novel In Watermelon Sugar (1968) by Richard Brautigan. “Watermelon Sugar” is a horn and guitar-driven rock, funk-pop, indie pop, psychedelic pop, and pop rock song. We found this to be a great cocktail song especially during summer for one an outdoor event or wedding. Source: Wikipedia (2020)

Blake Shelton Feat. Gwen Stefani “Happy Anywhere”: It was released in July 2020. Musically, “Happy Anywhere” is an upbeat country duet with similarities to their previous collaborations. The lyrics pertain to the couple’s personal relationship and describe being able to find happiness anywhere, which alludes to the consequences of the COVID-19 pandemic. In the United States, the song peaked at number 32 on the Billboard Hot 100 and had first week sales of 27,000 copies. It also reached number two on the main Digital Song Sales chart in the US, blocked from the top spot by Taylor Swift’s 2020 single “Cardigan”. Not really a party song, but a song worth remembering for weddings. Source: Wikipedia (2020)

Marshmello & Halsey “Be Kind”: Be Kind” peaked at number 29 on the Billboard Hot 100. Outside of the United States, “Be Kind” peaked within the top 20 of the charts in Australia, Belgium, Canada, Lithuania, Malaysia, and Singapore. Marshmello and Halsey indirectly came out announcing a collaboration on April 29, 2020, through their social media. Musically, “Be Kind” is an “emotional” EDM song that sees Marshmello and Halsey “[exploring] trust issues and [reinforcing] that it’s OK to be vulnerable with someone you love. Personal favorite! Source: Wikipedia (2020)

Need Entertainment Services? Contact us via email, use the short form on the bottom of this page.

Thank you to Wikipedia for the facts on the songs and artists!