This is our second year celebrating with the System High Team at Lansdowne Resort in Leesburg, VA for their Holiday Party. It was great seeing guests again as well as some new faces. Last year I played some games at their request and it went over pretty well. So this year I couldn’t do all the same games so I have been looking for new games all this year.

What is now becoming one of my favorite games is called the 7 artists. I learned of this game from my DJ friends out of NJ. How it works is you have 7 people on a team each have a different color marker. With the start of the music one player must draw what ever it is that the MC tells them and they only have 7 seconds each. At the end of the game as typical of most artists they sign their work and the judging begins. This year they had to draw the CEO.

Not only did we have games but dancing and photo booth as well. Again being my second time invited back I wanted to keep the photo booth strips fresh with a new design and of course get them up and dancing.

The finishing touch was the group shot we did in the lobby. We did a shot last year, but this year I really wanted to get a better shot. It takes a team to be successful so why not capture that success! Happy Holiday’s to the team at System High and to a successful 2017 and beyond. 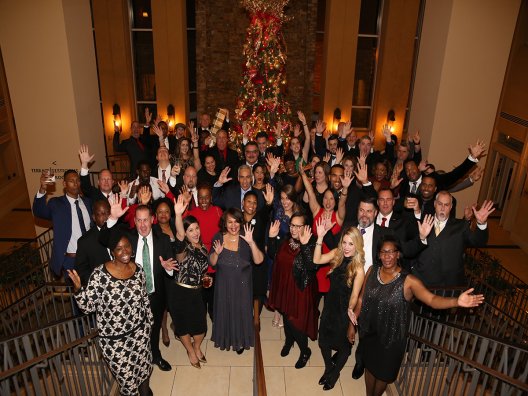 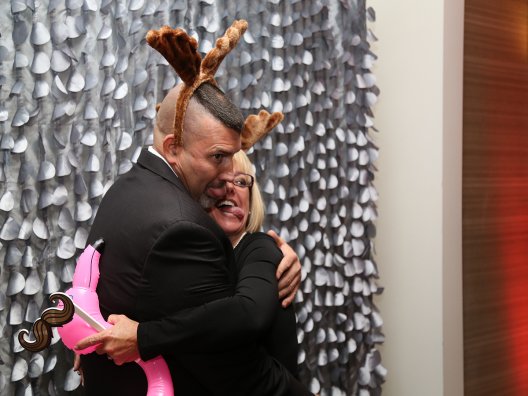 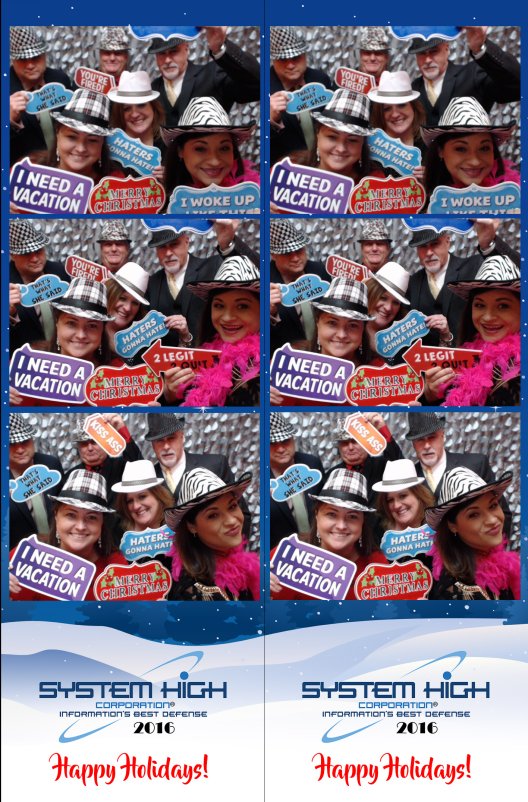 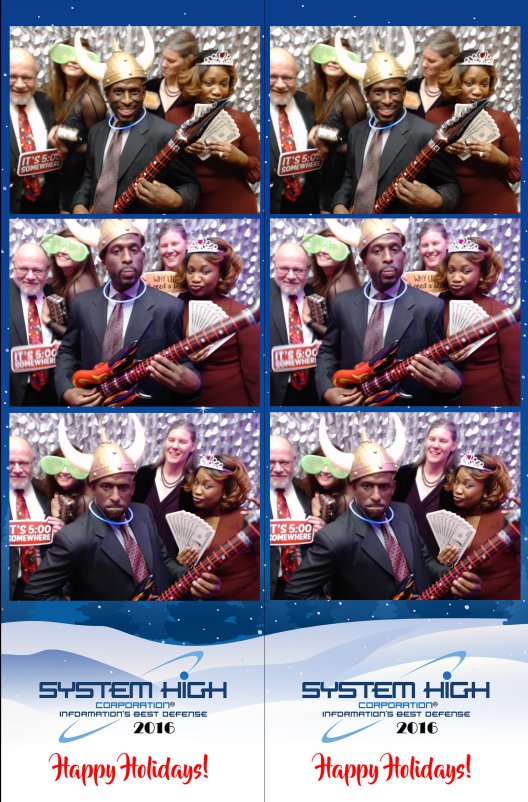